Eric Wood is a former NFL center for the Buffalo Bills where he was an immediate starter, 2 time Walter Payton Man of the Year nominee, and a pro bowler. Eric was selected in the 1st round of the 2009 NFL Draft by the Bills, a monumental achievement for someone who entered college with only one scholarship offer. Making the playoffs in 2017 and ending the Bills’ playoff drought serves as one of Eric’s most memorable moments from his NFL career, and making the Pro Bowl has become one of his proudest professional accomplishments.

Eric played his entire 9-season NFL career for the Bills before an unexpected spinal injury ultimately ended his on-field career in 2018. With much left to offer the sport, Eric stayed involved in football as a commentator for the Buffalo Bill’s Radio Network, something he still does to this day. Eric also spent some time as a sports columnist for the Athletic, and also has called games for FOX, ESPN, ACC Network and CBS. He has also appeared on the Jim Rome Show, NFL Network, The Herd with Colin Cowherd, and the Rich Eisen Show to provide analysis.

Now, with a clear direction for what he’d like to do in his post-playing career, Eric spends the majority of his time working on his weekly podcast and his upcoming book. On the show, Eric focuses on conducting interviews that “impact and inspire” by speaking with people who offer advice on how to lead a more effective and impactful life, people who had all faced a pivot point moment of their own, and made it work for them. Notable guests on the show include Jim Rome, Terrell Owens, Darnell “SuperChef” Ferguson, David Meltzer, Josh Allen, Mike Vrabel, Jana Kramer, and Jason Tartick, among others. Eric’s upcoming book, Tackle What’s Next (available October 2022) seeks to deliver inspirational and insightful tips for preparing for the next big thing in your life. To put his ability to motivate and bring out the best in people to use, Eric has taken to performance coaching, working with the University of Louisville and a number of college athletes.

Spread joy, no matter where you are. As a family, it’s our constant emphasis. Real fulfillment lies in getting outside of ourselves. 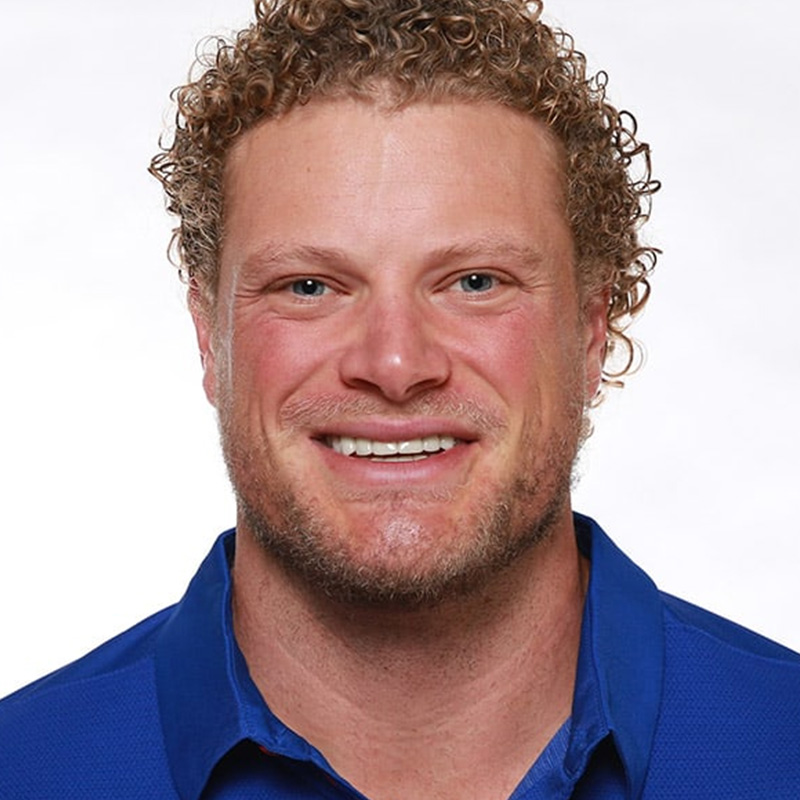 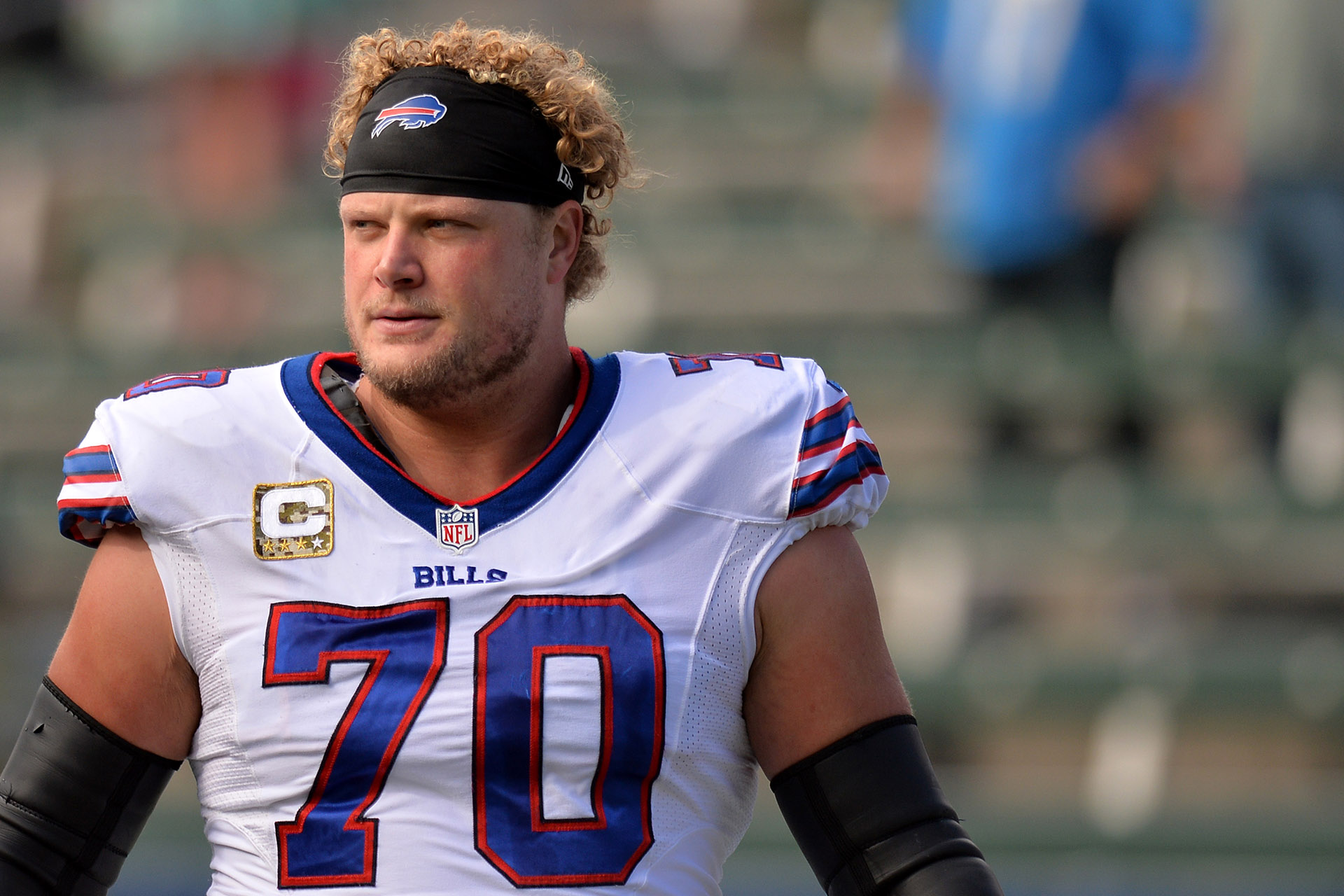 Throughout his career, Eric has been known to give back selflessly to his sport, to his community, and those in need. In return, Eric proudly received 2 Walter Payton Man of the Year nominations throughout his football career.

In 2014, Eric formed the Eric Wood Foundation which has become the Evan Wood Fund, inspired by his brother Evan Wood, who passed away from complications stemming from cerebral palsy as a child. The Evan Wood Fund helps provide chronically ill children and their families with care, support, resources, and encouragement to keep them going.

Eric’s fund serves as an ongoing tribute to his late brother and a vital resource for chronically ill or injured children and their families in the Buffalo area. Fundraising for the fund is done through several private sustainers, charity events, and direct donations via the Eric Wood Fund donation page on The Children’s Hospital of Buffalo website.

Anyone who meets or listens to Eric Wood immediately recognizes that he’s a man of ideals. Eric champions himself on being a man of faith, a devout husband, and a world-class dad, themes that are frequently brought up in his writing, podcasts, and public speaking.

In addition to his principles rooted in family and faith, Eric is also a champion for hard work, dedication, and striving to be the best in all buckets of life. For Eric, these buckets can be broken down into the five f’s to describe his goals with finances, relationships, spirituality, emotions, and hobbies: faith, family, friends, football, and fun. Eric truly can bring these qualities out in other people, all of which help make him an effective speaker, mentor, coach, and motivator. One of Eric’s favorite aspects of his career is learning from others, and having the opportunity to pass those lessons along. 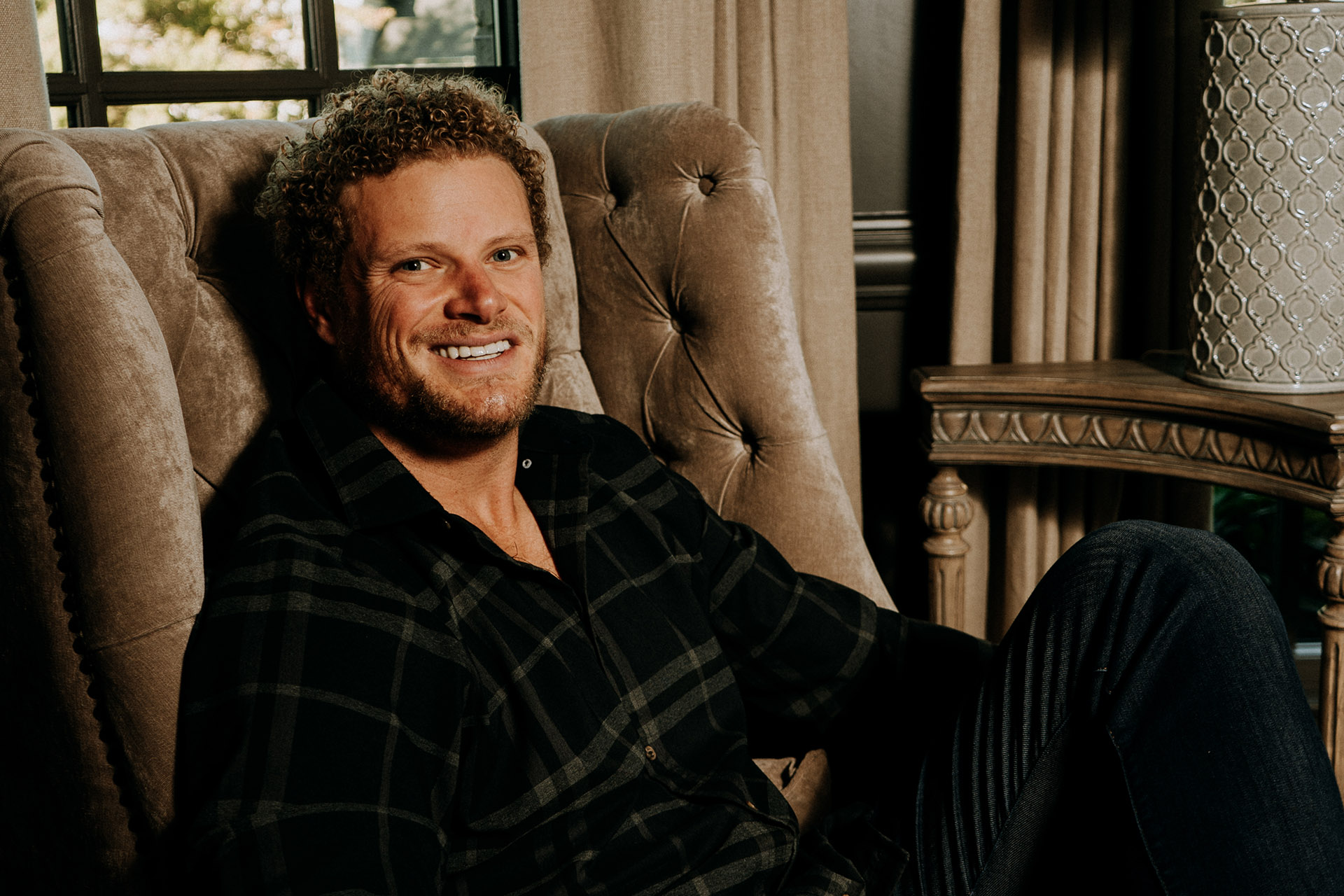 To inquire about Eric’s podcast, book, services, or anything else, drop us a line!

Eric Wood’s new book Tackle What's Next: Own Your Story, Stack Wins, and Achieve Your Goals in Business and Life is out now! This book gives you the power to transform the next chapter of your life into the best one yet through Eric’s life lessons and advice. 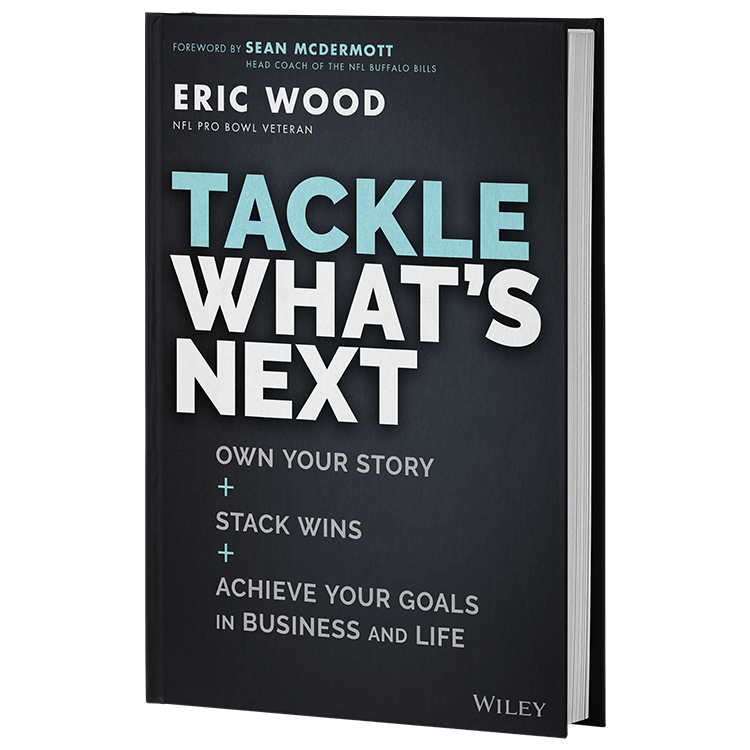